Who the NRA Really Speaks For 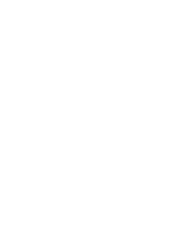 A shocking opinion piece appeared in the New York Times today, Who the NRA Really Speaks For, by Alan Berlow who writes on gun control and death penalty issues for The New Yorker, Atlantic Monthly, Harpers, New York Times Magazine, and other major publications. Perhaps you are better informed but I’m not a close reader of gun control laws and this piece set me back a bit.

How could gun control be so bad? And what would fix it? Or even improve it and curb the lobbying force of the?

And how does this connect with Sociocracy?

Secrecy is the first precondition to abuse. In order to abuse the public trust or a child, the abuser first ensures secrecy. Criminals use subterfuge, false reporting, blackmail, promises, and threats to hide their crimes. And that is what the National Rifle Association (NRA) has supported by lobbying to keep the Bureau of Alcohol, Tobacco, Firearms, and Explosives (ATF) and to limit its budget.

No Records, No Transparency, No Enforcement

Before the age of computers, and today’s vast digital records and instantaneous data reporting, FBI Director Herbert Hoover tracked his enemies list with handwritten and typed index cards. He was able to keep better tabs on crime than the ATF is able to track gun sales, particularly sales of military-grade submachine guns and assault rifles.

There are no centralized or  digital records of gun sales.

To repeat, in an age when Safeway knows exactly how many cans of Del Monte Sweet Peas in 8.5, 15, and 29 oz cans it has sold in the last fifteen minutes, the ATF has not a clue how many guns white supremacy groups have purchased in the last year. Nor how many submachine guns your teenaged neighbor has in his closet.

The ATF knows that multiple purchases are an indicator of trafficking, and that traffickers can evade the law by making a single purchase from five, 10 or 20 different gun stores. So why doesn’t the ATF crosscheck those purchases? Because Congress, under pressure from the NRA, prevents the federal government from keeping a centralized database that could instantly identify multiple sales. Gun sale records are instead inconveniently “archived” by the nation’s gun dealers at 60,000 separate locations — the stores or residences of the nation’s federally licensed gun dealers, with no requirement for digital records.

Gun dealers are not even required to keep inventory lists.

Why the lack of curiosity among gun dealers? Well, gun dealers must report lost and stolen guns to the ATF. because large numbers of missing weapons are a red flag for trafficking. Without an inventory requirement, it’s easier to sell guns off the books.

Imagine for a moment  60,000 gun dealers across the 3,805,927 square miles of the United States? And mounds of paper records in all those places. If the Washington DC police force with 3,800 officers can’t control guns in the 68.3 square miles of Washington DC, how can the ATF control the entire United States with even fewer? The ATF is actually smaller that the DC police force, and the same size it was 40 years ago. And with alcohol, tobacco, and explosives under their jurisdiction, not all those agents are focused on gun control.

According to Berlow, the NRA publicly loathes the ATF but lobbies hard to keep it because it doesn’t have a chance of being effective.

Since the NRA seems to loathe the ATF, one might think it would work to disband it or have its mission performed by an agency like the Federal Bureau of Investigation, with its more polished and professional public image. But the NRA prefers the hobbled ATF  just as it is, and every year it helps ensure that Congress approves legislation banning the transfer of ATF operations to any other agency.

Firearms dealers subject to ATF regulation generally are inspected by  agents no more than once every five years. (Berlow, 2013)

The ATF is also under the Department of the Treasury which is designed for enforcing tax collections, not saving lives. It is concerned with prosecution, not prevention.

In a sociocratic government would it be better? It could be, but I doubt it. While it would take time to implement the standards of transparency, inclusiveness, and accountability, eventually there would at least be the aim of a more effective government.

A list of Weapons Used In the US Armed Forces

An Overview of Gun Laws by Nation

For more on this topic, see the 2013 article by Alan Berlow published by the Center for Public Integrity, The International Consortium of Investigative Journalists, “Current gun debate may not help beleaguered ATF: Agency crippled by weak laws, paltry budgets and Congressional restrictions”. Accessed 7 October 2015.