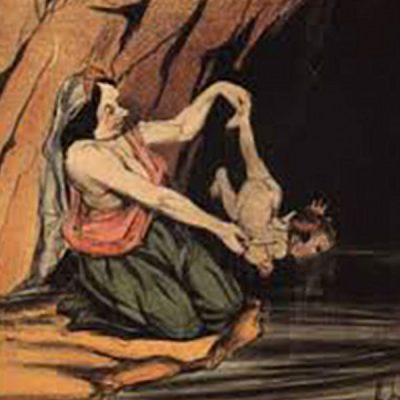 In the winter, I promised to write more about Donald Trump as a democratic leader (already a difficult leap) and how things would differ in a government based on the Sociocratic Circle Method (SCM) of organization. A series of compare-and-contrast analyses that would illustrate the ways in which a sociocratic democracy would prevent or disable a Trumpist government.

The  24/7 television news channels have been and still are a daily deluge of perfect case studies:

I could have written all day, every day for the last 10 months and not covered a fraction of these actions and decisions. Instead, I have a pile of unfinished posts. Some had only a few lines before I was discouraged by my own arguments.

Ultimately, I realized all the examples came down to the same weakness. A weakness that would be as true of sociocracy as it is of democracy.

The Achilles Heel of Freedom

The Achilles heel of a free society and a free government is its dependence on self-organization—the ability of citizens to act with power and make good decisions.

A free government cannot be legislated. It can’t be awarded to a society after it and its allies win a war. Laws only work if someone makes them work. This requires respect for the values of a free society.

A decade ago, one of the arguments for sociocracy  was that it was value-free,  “an empty tool.” It could be used with any political philosophy, by any business venture, or in any society no matter its religious tradition. Sociocracy didn’t bring with it a bias toward any ideology. It wasn’t Christian or Marxist or Free Trade. What this value-free argument neglected to notice is that sociocracy stems from deep fundamental values that are not shared by all societies: freedom and equality.* That all people are to be respected as being of equal value and have the freedom to control their own lives. That’s why the great feedback loops that permeate sociocratic organizations

The Delibrative Democracy Consortium (DDC)u is an alliance o... More ensure that any person can correct the wheel by raising an objection to a decision that doesn’t adhere to these values.

A government is nothing without the governed. Each part in a system has to have a role, or it isn’t a part of the system. Without the support of citizens,  a free government will move toward entropy and ultimate dissolution. In entropy where there is no self-organization

Self-organization, sometimes called spontaneous order, is a ... More; the lack of a dictator becomes a liability.

All the violations of good governance in Trumpism are like the veneer on rotting wood. Evaluating the veneer may lead to improvement in the next layer of veneer, but the wood beneath will still be rotting. Rotting wood has no ability to act—to do its job in supporting the feeding of the tree and producing foliage.

The fundamental concern in the most unlikely election of Trump to the presidency is not the values and behavior that Trumpism condones. The most frightening and revealing fact is that so many stepped back from stopping it. Effectively, they consented when they didn’t object. They not only let it happen, but they also found incredible justifications for doing so. The choice to respect a political party affiliation is not a sound argument.

Why a Sociocracy Wouldn’t  Help

Every compare-and-contrast example I found to illustrate what would be different in a sociocratic government was also an example of why it could be just the same.

A sociocratic governance system is based on self-organization—the expectation of effective leadership and action on the part of all its members. That isn’t encouraged in our present political system. Money dominates as a factor in getting elected and requires loyalty to party and donors before ideas.

Would sociocratic elections conducted between colleagues be different? Only if the colleagues are willing to object as well as consent and make logical arguments in support of their decision.

Strong followers produce strong leaders. The meanings of “strong” include intensity, power, and the ability to engage in sound reasoning on the basis of convincing evidence.

Pointing out fallacies, untruths, and destructive behavior are not corrective objections. They do nothing to challenge or change the system that allows the offenses. Doing one’s best even in the face of daily omnipotent and counterproductive actions has the effect of consent.  Action brings hard choices and uncertainty. Lack of action has equally hard choices and more certain consequences.

Trump as President Isn’t a Fault of Democracy

Donald Trump is not a symptom of what is wrong with democracy. For those who believe democracy is synonymous with a majority vote, I note that he isn’t the result of a majority vote. He lost the election by millions of votes. He was a puppet who won on a technicality cleverly created by a foreign government using US citizens as conspirators to disrupt the election process. The principals didn’t take action to stop it. The failure to act is being revealed daily in the investigation into what actually did happen during the 2017 election. Both causes— manipulation and failure to act— were years in the making.

A strong democracy could have avoided Trumpism. It would have taken an equally strong sociocracy to avoid the same result. There is no promise that sociocratic governments would be inherently stronger. In both it depends on who is willing to commit to action — to consent as an actively supportive action, not passive acquiescence; and objections as corrective actions, not vetoes.

Trumpism feeds on disruption, distraction, and disrespect. The only purpose is to defeat whatever system is in place. Aside from the self-aggrandizing quest for more money by Trump and his wealthy supporters, many of those advocating for Trumpism in the Midwest and South believe that anything is better than what we have. If we can get rid of the current system, a new system that is fair to us will be allowed to emerge.

Does anything better ever just emerge?

No, it is created with action. Neither Democrats nor sociocrats can guarantee that people will act in their own best interests, or even understand what they are.

I allow myself one rant: I am baffled by journalists who are still trying to attribute  Machiavellian intelligence and strategic planning to a pathological narcissist with an instinct for self-preservation who acts entirely on his own obsessive concern with winning by destroying people who “aren’t nice” to him. It is a pointless effort to hope that somewhere in Trumpism there is an intelligent plan, however subversive. It reflects the human need to find order, especially when it doesn’t obviously exist.

*The word equivalence is preferred over equal in sociocratic circles because it is more  likely to be interpreted as “equal but not identical.” Equality in sociocratic organizations is related to equality in one’s sphere of responsibility and decision-making authority. It clearly says that having equivalence as a citizen doesn’t mean I can walk into the White House sit down with the National Defense Council and raise objections. I prefer equal because the word is more familiar and I think people know that it means equal respect under the law and equal consideration in one’s social and economic life. Equal, but not identical. And free to self-determine, free of standardization.