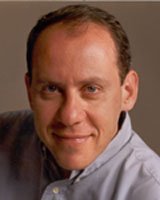 This is a wonderful little book by the CEO of Semco, a corporation in Brazil. His father started the company and in the 1980s passed it along to his rather young son. Semler built a new kind of corporation using “open management” and advocating a “natural” and “democratic” workplace for “industrial citizens.”

In 1984, Semco acquired a Brazilian subsidiary of Hobart and Semler and describes how he began changing the structure of management. It began with lunch hour talks between the managers and workers. They convinced the managers that the workers should be more involved in decisions about their jobs, the products they made, and their work environment. The women, for example, led a coup that got the smelly men’s locker room cleaned up. This resulted in new lockers and the conversion of unused production space to a game room used at lunch and on breaks. Plants appeared on the shop floor the way they appeared in personal offices. Workers painted the shop, each worker choosing the color of the column nearest their station.

The cafeteria committee improved the world’s worst food “outside an institution without bars.” Then they changed the company policy of paying 70% of the cost of lunches to a sliding scale with top management paying 95% and the lowest paid floor sweepers paying only 5%. Workers share 22% of the profits.

Committees began looking at production and products improving processes, safety, and economics as they developed new products, techniques, and finishes. Workers initiated all of them, often on their own time. Semler says the strength of the groups was their diversity: factory workers, engineers, office clerks, sales reps, and executives. The leaders were chosen by the committees based on their capacity to lead — calling meetings and leading discussions.

The workers themselves established and posted scoreboards above the factory floor to keep track of daily production for each product. When their self-determined quotas were in danger because parts had not been delivered the workers traveled to the suppliers to pick up supplies. Then they worked through the night to finish before the end of the month.

Maverick is filled with such stories in which the workers are empowered and once empowered increased production by developing better processes and increased sales and profits by designing better products. All are inspiring and useful in making arguments for changing your workplace. This book was an all-time best-seller in Brazil when it was published there in 1988 as Turning the Tables. Semler was then 34. This is not a book about business; it is a book about work.

Maverick: The Success Story Behind the World’s Most Unusual Workplace by Ricardo Semler. NY: Tableturn, 1990. At Amazon

The later and similar book is The Seven-Day Weekend: Changing the Way We Work published in 2004 when he was a visiting scholar at Harvard. The paperback is title is The Seven-Day Weekend: A Better Way to Work in the 21st Century.  This book is less specific in giving examples and more motivational, encouraging people to think of the way Semco management thinks in order to find the best solutions for their organization. In the end, I find this approach to be less useful. Feels good but what do I do on Monday morning? At Amazon

Categories: Books Videos Websites, Collaborative Organizations, Getting it done, In the Workplace